Before there was war, a river flowed through the peaceful heart of Kabul

“Kabul River is my childhood friend, and I have many sweet memories of it throughout the years as I grew up. Every day I watched this river in full flow, and seeing its blue water pleased my eyes.” Now seventy years old, Sher Ali (name is changed) sighs as he speaks, looking at the stream from a bridge in the centre of Kabul, Afghanistan. The Kabul River of his childhood now only trickles its way through heaps of rubbish. 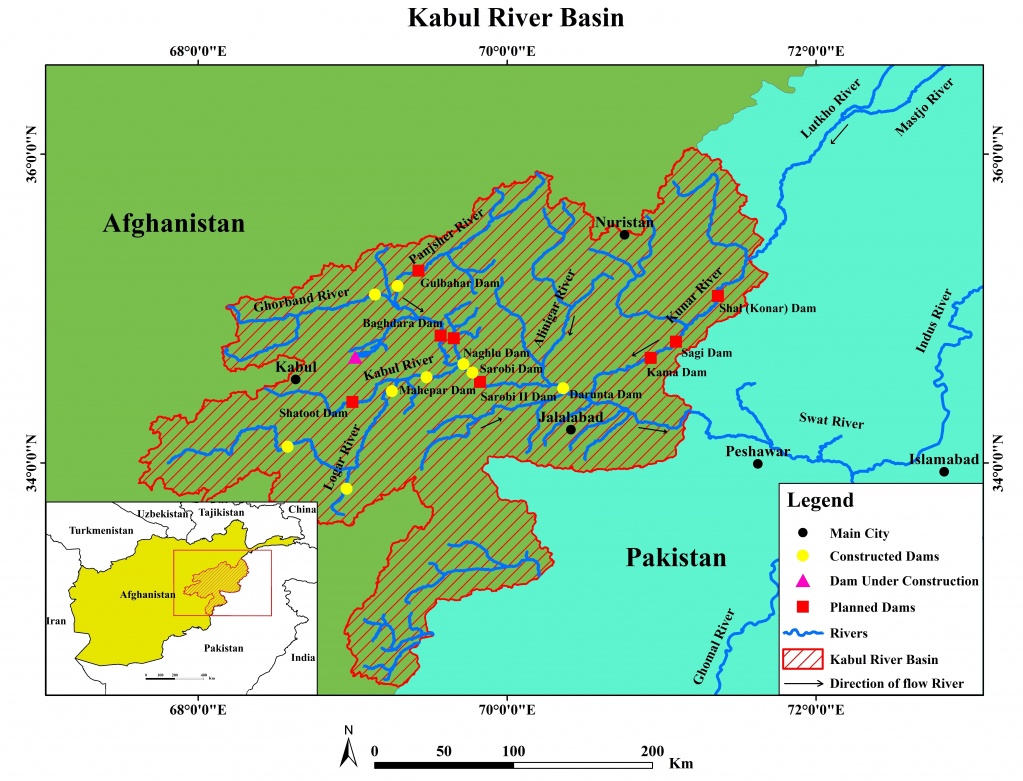 Kabul River originates from the Oneh Valley in the Paghman Mountains, located in the west of Kabul province. Upon entering the capital, it is joined with the Paghman River. Four decades ago, the river was a spectacular sight as it flowed through the peaceful city. Water from Kabul was led through channels to different parts of the city to irrigate gardens, parks and nearby agricultural lands. People from all over the world visited Kabul and enjoyed its clean air, rich culture and unique hospitality of the Kabulis, a religiously, culturally, and socially tolerant people. Universities, parks and cinemas were crowded, and tourists enjoyed the city to its fullest. 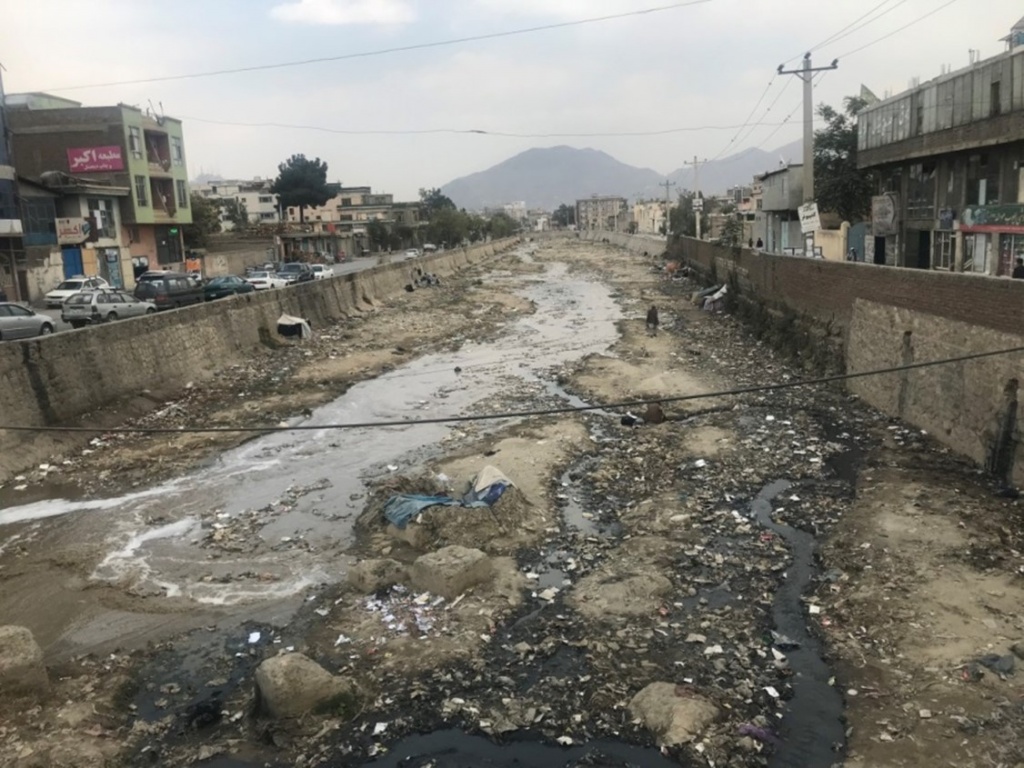 However, today the river and the city that it flows through are nothing but shadows of what they used to be. A solution to return to the glory days is not easy. The hope is that, by remembering what we have lost along the way, we know what we have to work towards.

After decades of war, life in Kabul has changed completely. Everyday life in the city is filled with fear and terror and, in the last two decades, thousands of people have died in suicide attacks, bomb blasts and targeted killings. Theft, kidnapping, unemployment, pollution and deteriorating security have left people uncertain about their futures.*

War not only takes lives, but deteriorates every aspect of society. The Kabul River is an example. Today the water is polluted with sewage and garbage. The bridges that cross it are used as shelter by drug-addicts, who impose a further health hazard to passers-by and those living close by. The smell of the water is unbearable.

“War affects all aspects of life, including water and water resources,” Azizurahman Aziz, an engineer for the National Water Affairs Regulation Authority, says. The impact of the conflict on the Kabul River has been far-reaching. Because of this, institutions have not been able to monitor the river, resulting in big data gaps, he says. However, there are more factors affecting the state of the river. Climate change, increased and prolonged droughts, and human activities have all contributed to the changes that we see in the river, says Azizurahman. The number of people that depend on the city’s water has also increased. The city was initially designed for a population of about 1 million people but currently has more than 4 million people. This has led to a severe drop in the groundwater table which is the main source of water for drinking and other household usages. Should the river be rehabilitated, it would alleviate pressure on the dwindling groundwater supplies.

It’s not easy to find people with stories to share about the Kabul River before the conflict started. Some can tell you that in different parts of the city, people used the river for different purposes.

Still, Sher Ali remembers it well. “When I was a child, every morning I greeted the river on my way to school. As an adult, about fifty years ago, I sat at its bank, and I shared my feelings of love, sorrow, happiness, gratitude, hope, and stress with the river. In return, it gave me strength, confidence and courage.” 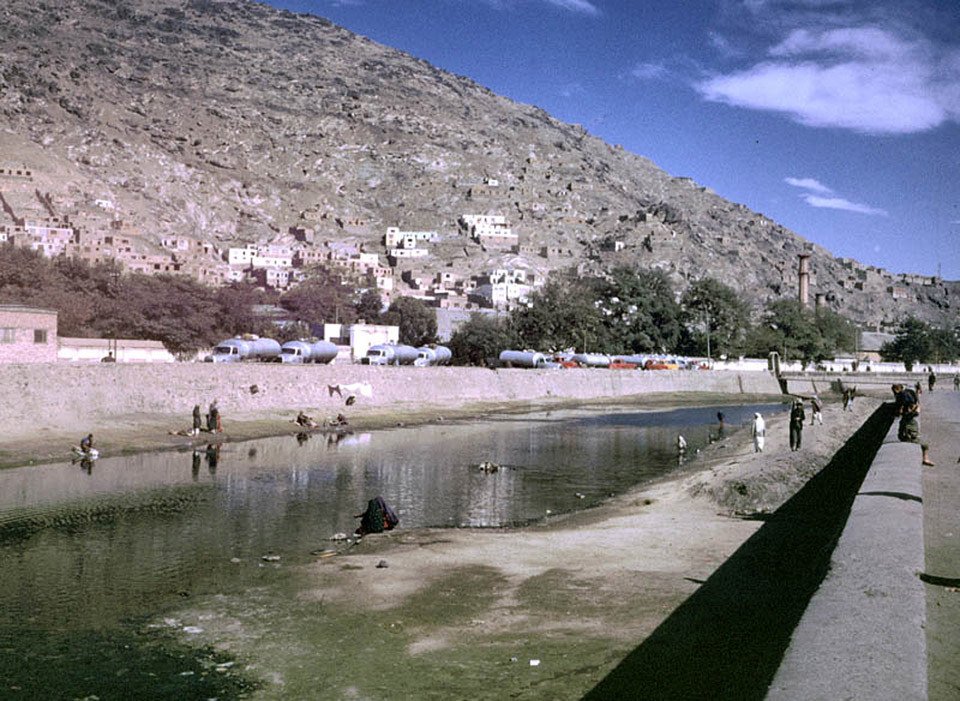 Sher Ali remembers the different moods of the river throughout the year. “Sometimes, it was smooth and calm, while at others, it was full of energy with water touching the edges, bringing the message of prosperity and liveliness with its currents. In summer, I saw young men swimming or taking ablution for the prayer, and women washing their clothes. During the winter the snow would look like a white blanket spread all along.”

Sher Ali’s description of the Kabul River is hard to imagine today. For four decades already, the priority has been to survive each new day. The river has been forgotten. 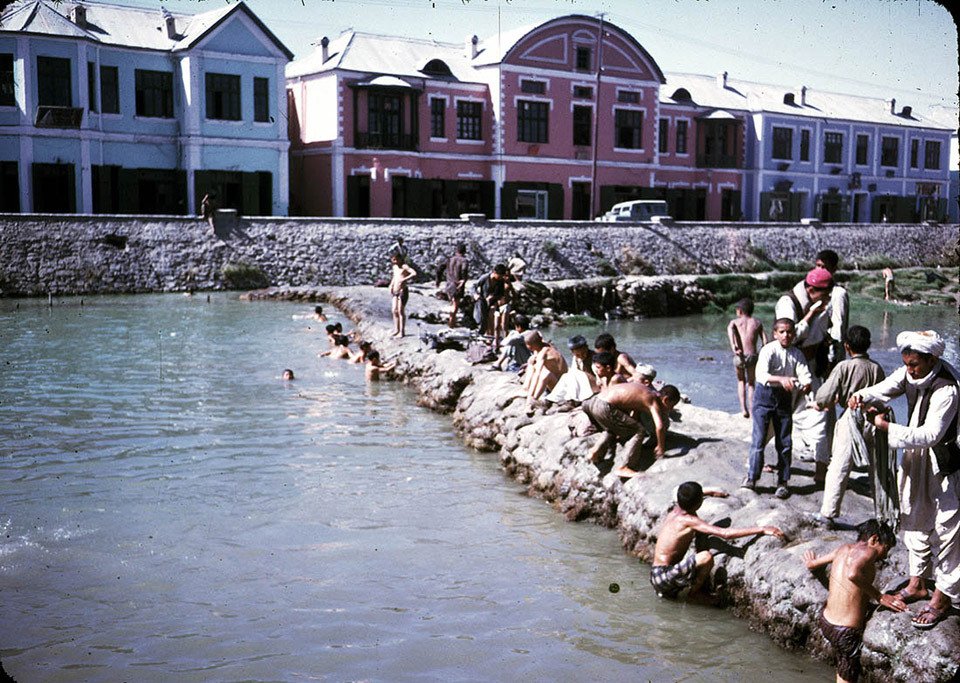 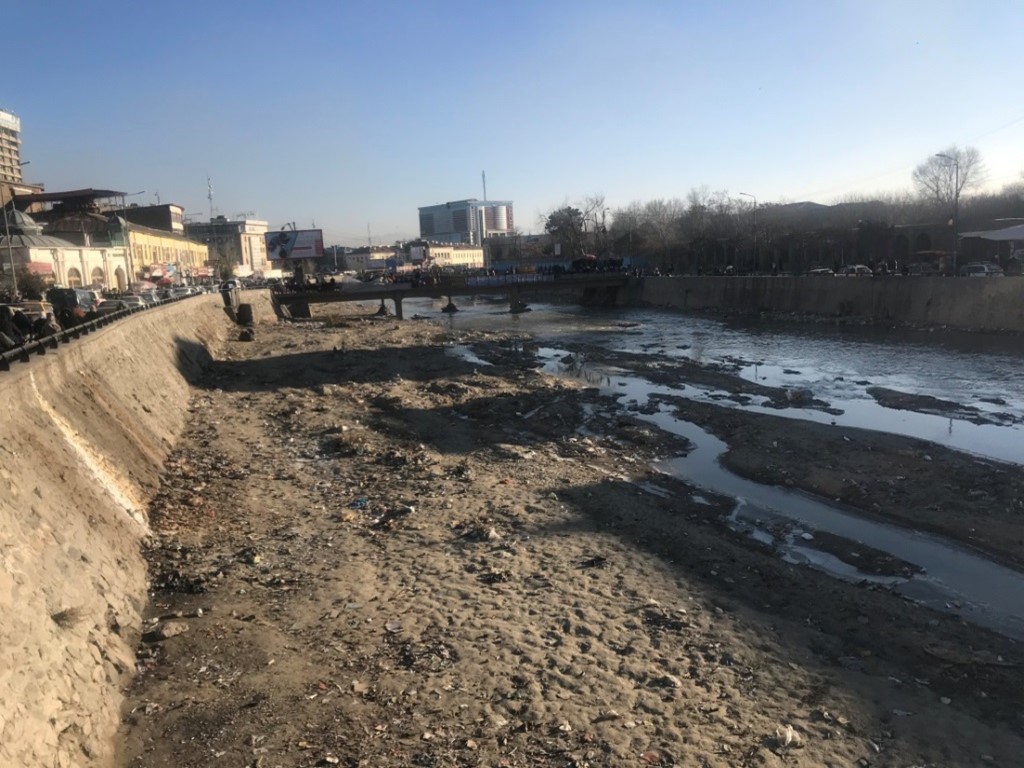 Current view of the Kabul River, photo by Muhammad Idrees

“It’s very clear that in a peaceful society, people will realize their responsibilities, and policymakers can design concrete policies to save water and keep the water resources clean,” Azizurahman says.

Azizurahman says that in a society at war, priorities are often shifted away from the environment in order to meet other basic human needs, like personal safety.

Kabul has become the personification of how the environment suffers during the conflict. As basic services like waste collection fails, and municipal managers have to prioritize scarce resources, the river has become a polluted shadow of its former self.

Water security from the perspectives of the internationally-recognized concept of Integrated Water Resources Management (IWRM) is perceived as not just a conflict-free state, but also one with a predominance of peace and trust between all stakeholders. The introduction of the integrated approach in water management would align with the overall goals of the afterwar recovery to achieve economic efficiency, social equity and environmental sustainability.

About the author: Muhammad Idrees is an independent writer and researcher focusing on Central and South Asia. He is the author of the book "In the Land of the Tian Shan Mountains" a travel memoir of Kyrgyzstan published in June 2020.

* The security situation described in the story belongs to the previous government (before August 15, 2021)