The health and prosperity of the close to 75 million people living in Central Asia depend on their access to the water resources of the region. Most of these water resources are shared between two or more countries, such as the Amu Darya river involving six riparian States, while the Syr Darya river runs through four riparian States. These two major rivers form the backbone of the Aral Sea basin : 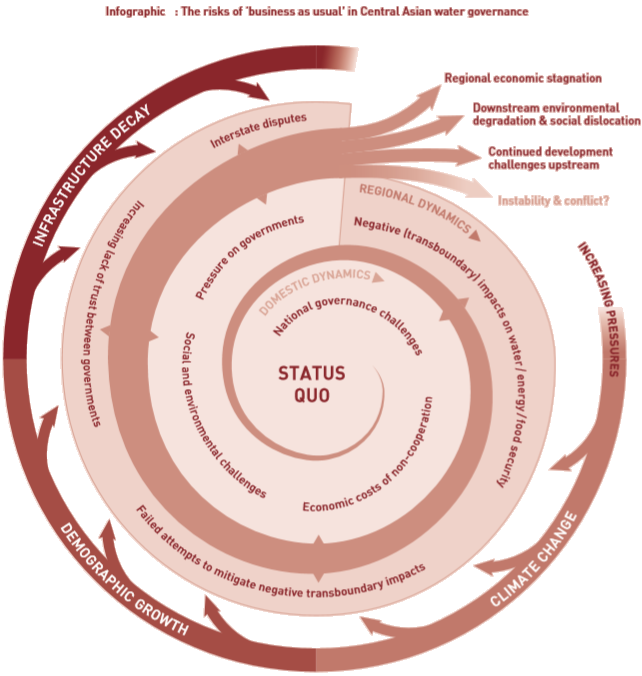 At the same time :

With the prospective economic and population growth of the Central Asian countries, and due to different adverse driving forces including fragmented or ill-informed water governance, environmental degradation and climate change, the pressures on water resources are multiplying in the region.

Infographic : The risks of “business-as-usual in Central Asia

The sustainable and equitable management of water of the region is therefore key for the long-term resilience and stability of Central Asia.

The COVID-19 crisis will heavily affect the countries of Central Asia: Its impact will add another layer of complexity to the functioning and interaction of the region and is likely to become a major amplifier of inequalities and of structural weaknesses. At the same time, the COVID-crisis could potentially also act as a game changer and unfold opportunities. The crisis has once more unveiled that “business-as-usual” strategies won’t be able to answer to the future challenges, and real action should be undertaken.