"There is no water in the village where my son lives. Not everyone has tap water at home. My daughter-in-law, in order to wash carpets, has to carry water from afar so that she cannot stand up on her legs at the end of the day," says Arapbai uulu Bekbolot a farmer Osh region of Kyrgyzstan. The region experienced significant water shortages in June and July of 2020.

The water scarcity was very serious however, thanks to improved water management practices, disaster was avoided. A drought driven by multiple factors

The 2020/21 water shortage in the Osh was driven by decreasing water availability, snowfall, and increased water use. Water flows in rivers are decreasing every year, while farmers’ and peasant farmers’ demand for water increases. At the same time, they are growing more vegetable and fodder crops, which request more water. In addition, as collective, state, and family farms are disbanded, the properties are divided into small farms, increasing the number of farmers demanding water. Moreover, the technical condition of water bodies is deteriorating every year, which influences the delivering of water to local people.

"There has always been a shortage of irrigation water in the Osh region because it is located in an arid zone," Ruslan Arzykulovich, head of the Osh Main Department of Water Management says. 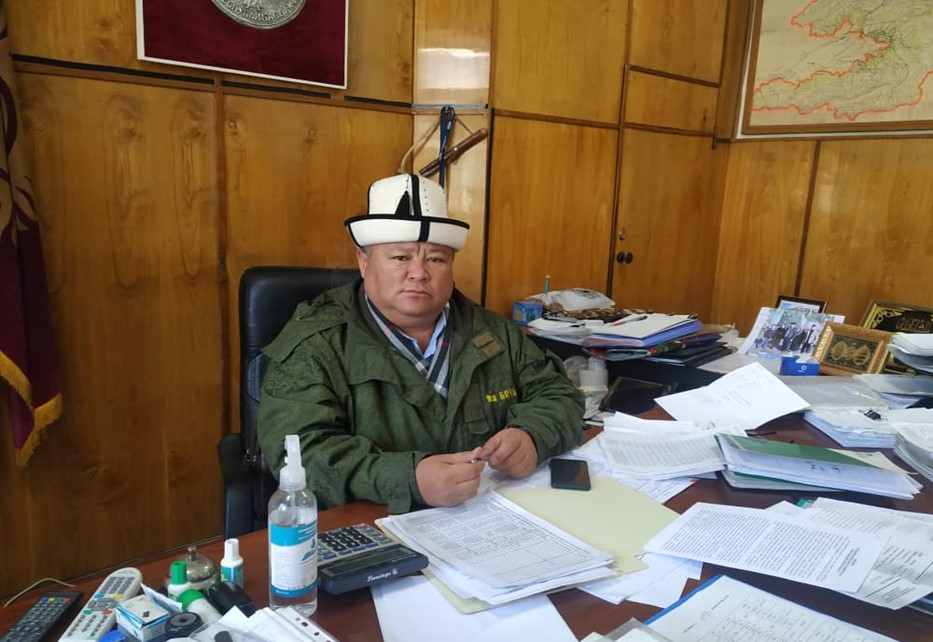 However, the water shortages in 2021 were more serious due to decreased snowfall in 2019 and 2020, says Baiziev Zhanybek, Deputy Head of the Support Department of the Water User Association (UWA) of the Osh region. This scarcity affected the regions that were dependent on streams and snowfall for their water supply, and did not have access to a reservoir for water supply in the dry months. 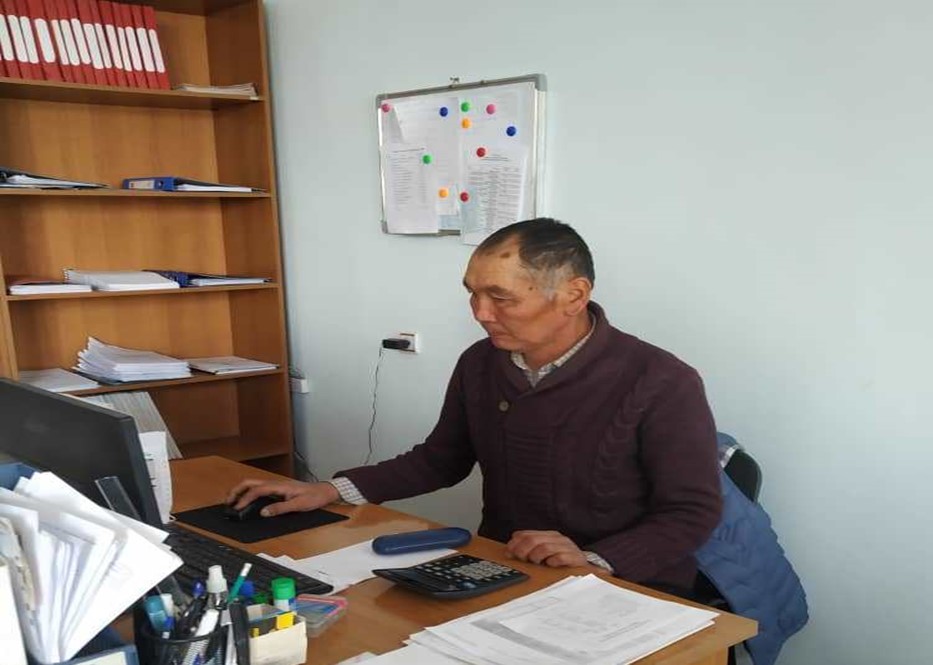 Nevertheless, the farmers of the Osh region were much better off than could have been, thanks to improved water management practices that they started applying 15 years ago when the first WUAs were established.

Rahman Raiymzhanovich has been working in the water sector of the Osh region for more than 20 years, and was involved with the establishment of the Osh Region WUA. He says at first, it was difficult to introduce the concept of WUAs to ordinary farmers, since they themselves did not fully understand what it was, or what the benefits were. With the support of foreign donors, they managed to implement this system. Rahman Raiymzhanovich says, “Now the WUAs of the Osh region are working better than in other regions of Kyrgyzstan".

The WUA of the Osh region closely cooperates with the Basin Water Management Departments and the Region Water Departments to solve water shortages. They conduct training among farmers and water users since not all water users have experience in water distribution. The WUAs also help ensure that water infrastructure such as canals are maintained, so water can reach the farmers.

This collaboration made a big difference during the water scarcity of 2021.

In collaboration with the Osh Main Department of Water Management and the Osh region WUA, water supply was alternated according to schedules. In earlier years, this had been done at the height of the growing season in June and July but for the last five years, they started implementing this from the beginning (March) to the end (November) of the growing season. A minimum inflow of water from the Papan reservoir was diverted to the city of Osh, to reduce pressure on the rivers and canals, and increase the available water to farmers.

They also maintained the tributaries to the Naiman reservoir which is located in Osh region. That resulted in the additional discharge of water from the rivers Kyrgyz Ata, Chili-Sai, Abshir-Sai flowing through the territory of the Nookat district. They were also on duty at the Kyrgyz-Ata, Naiman, Abshir-Selevoy canals, controlling water, cleaning the canal, crushing large ice, and preventing flooding. Taking advantage of favorable weather conditions in all areas, special repairs and cleaning of canals were carried out, which led to economical management of water resources. 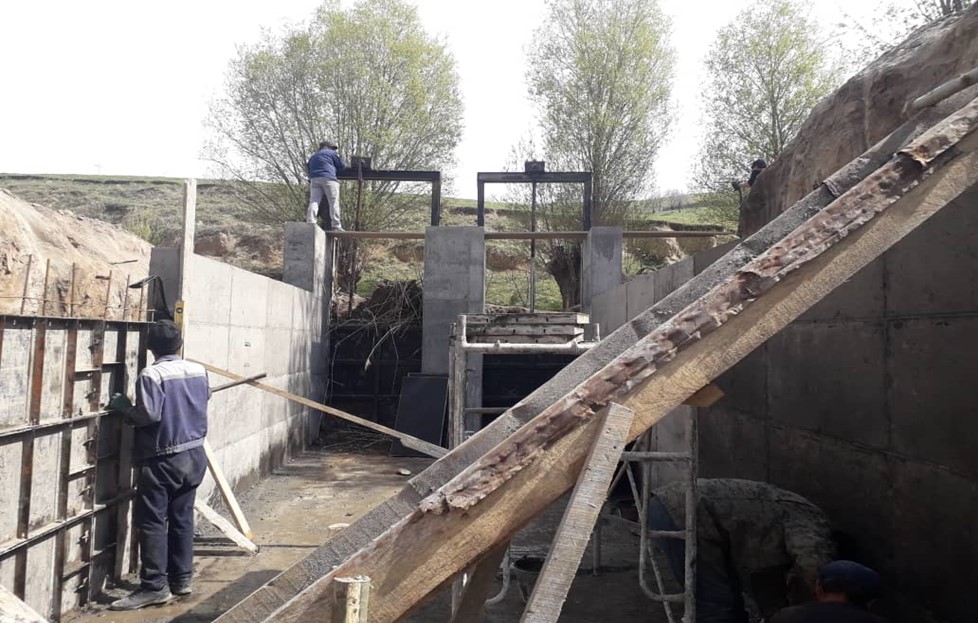 Restoration work during the growing season, 2021. (Photo provided by: R.Abibillaev) 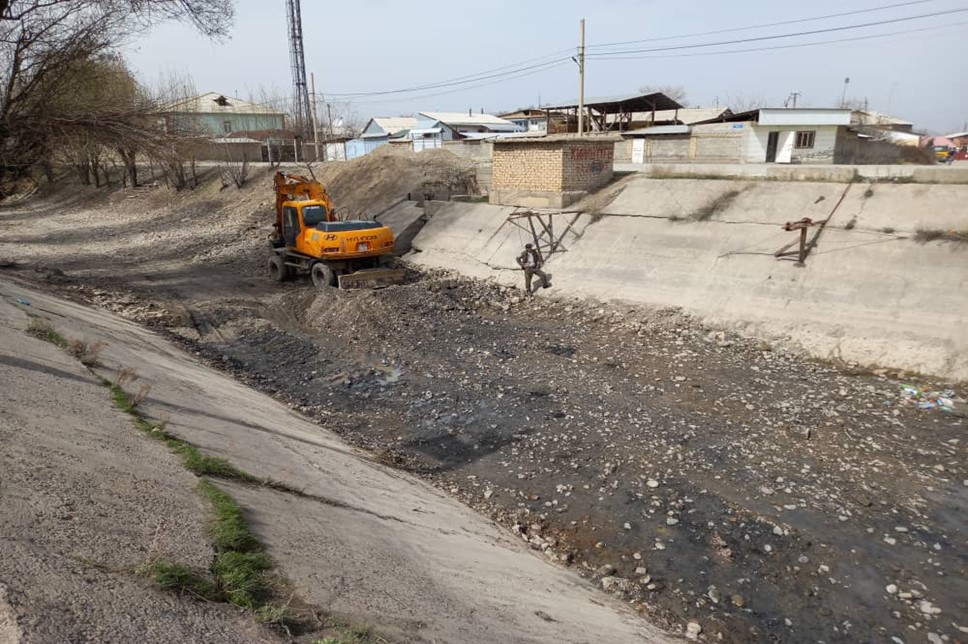 Restoration work during the growing season, 2021. ((Photo provided by: R.Abibillaev)

Ruslan Arzykulovich notes that it is necessary to improve the WUAs even more. Currently, they do not include any specialists like hydraulic engineers. Furthermore, the management of the WUA changes almost yearly, making continuity difficult. There is also no water accounting system at the moment and often, water is measured by sight. In addition, few water-saving irrigation technologies such as drip, rain, and hose irrigation are applied. Less than 1% of fields in the Osh region are currently using drip irrigation while hosepipe irrigation and sprinkling, in general, do not occupy.

According to experts working in the water sector for more than 10 years, in order for the WUA of the Osh region to operate at its best, funds for the restoration of rivers, canals, and dams are necessary. Currently, only about 20% of funding for restoration work has been allocated from 100% for the Osh region. The wages of water managers must also be increased significantly. Due to the low wages of qualified workers, employees of water management organizations are leaving for higher-paying jobs elsewhere.

To fund these, it is necessary to increase the water tariff (the fee for irrigation services). Currently, to cultivate one hectare of agricultural crop, an average of 50 000 -70 000 soms are spent, of which 1000 – 3000 soms are spent on irrigation services (4.2%). The biggest problem is attracting donors for the construction of concrete and tray canals and water-measuring devices.

In 2020, only 92% of scheduled irrigation water was provided to water users. Regardless of these challenges, in 2021 water supply plan exceeded 103% due to the collective work of the district water management departments, basin management, WUAs, and farmers.

Begishbek kyzy Minura is a field assistant for the project "Integrated Rural Development" in Good Neighbors, financed by Korea International Cooperation Agency. Her professional interests include gender research in the water sector and Water User Associations in Central Asia. 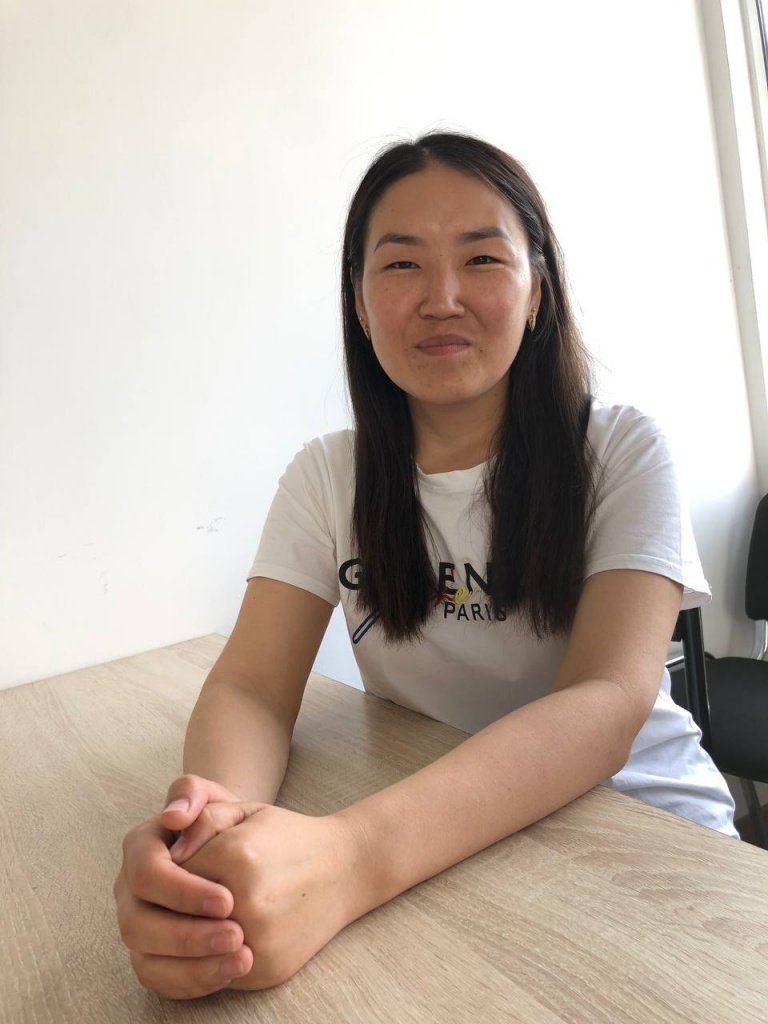