How drought created fertile grounds for collaboration in Kazakhstan

In 2020, Bartogay Lake in the Almaty region of Kazakhstan was a shocking sight. The surface of the massive dam usually stretches far beyond the horizon, reaching six kilometers long and three kilometers wide. Yet, midway last year, the water levels dropped tens of meters. The wind raised clouds of dust from the dry shores, spreading it hundreds of meters inland. It was a sight never seen since the dam was built, in the early eighties. 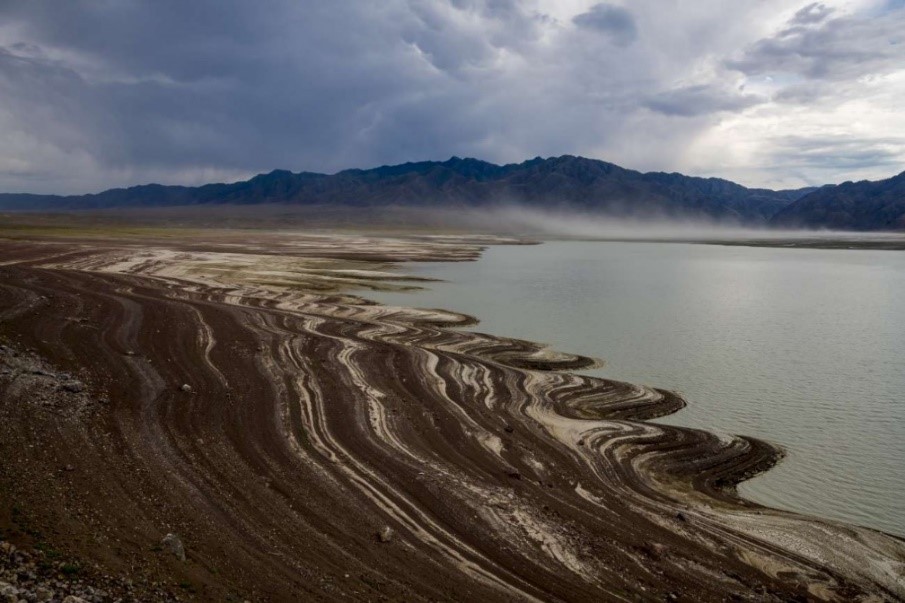 Bartogay is an artificial reservoir that rests in the Shelek River. The lake is fed by the Zailiyskiy Alatau glacial lakes, which melt from June to August as the weather warms, habitually peaking in July. The reservoir forms the start of the Great Almaty Canal (GAC), the main irrigation canal for the majority of farms in Almaty’s six districts. It supplies 80 000 hectares of arable land with water. 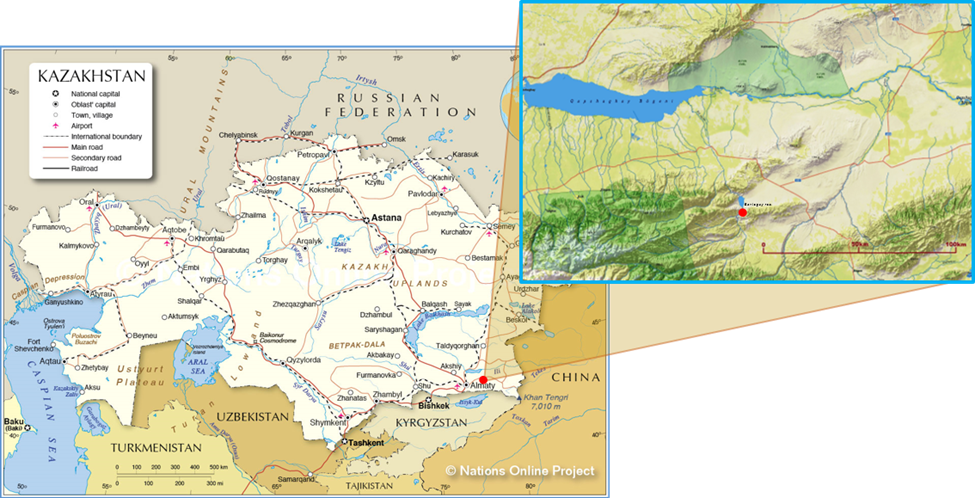 “If it was not for the GAC, we would only be able to grow winter crops”, Ismail Tamazov, a farmer in the rural Rakhat District of the Enbekshikazakh region says. The canal has allowed them to farm outside the rainy season when intensive irrigation is required. “Supply, since we started getting water from the canal, has always been stable”, Tamazov says. “Everything was fine until last year.” 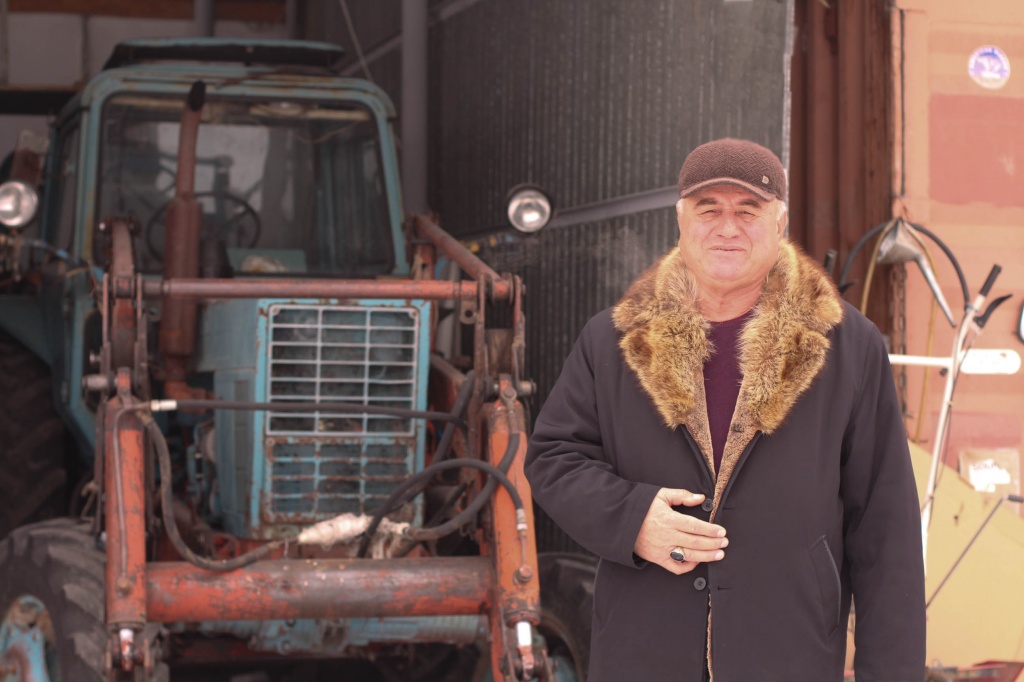 In 2020, the glaciers did not melt as before. Low temperatures in the high mountains for longer than usual delayed the process. In addition, very little rain fell in the mountains the previous winter, resulting in fewer snow reserves. The situation caused water levels in the Bartogay Lake to drop drastically and severe water shortages ensued. 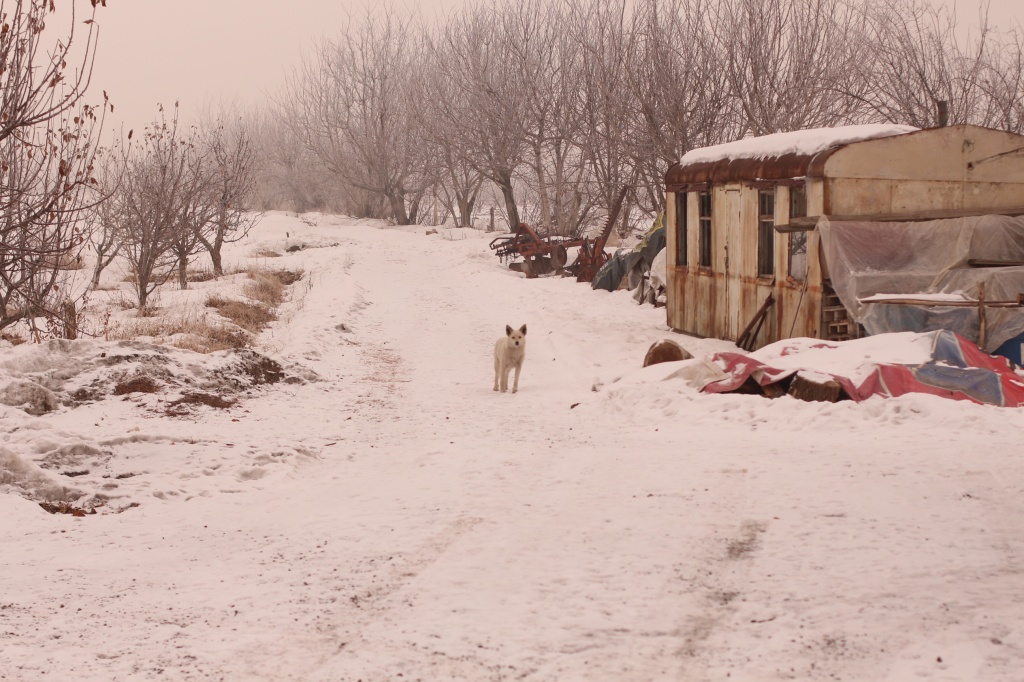 The drought had a serious impact on farmers that depend on water from the Bartogay Lake, but specifically those in the harsh arid Shelek region. Yet, it also paved the way for all water users to work together to find solutions to the problem. Even more so, the 2020 drought raised the alarm for Central Asian countries to their vulnerability to climate risks, and the need to identify integrated solutions to avoid people’s livelihoods being ruined. The lessons were hard won and, before any solutions were found, the situation created the perfect environment for conflict to take shape. 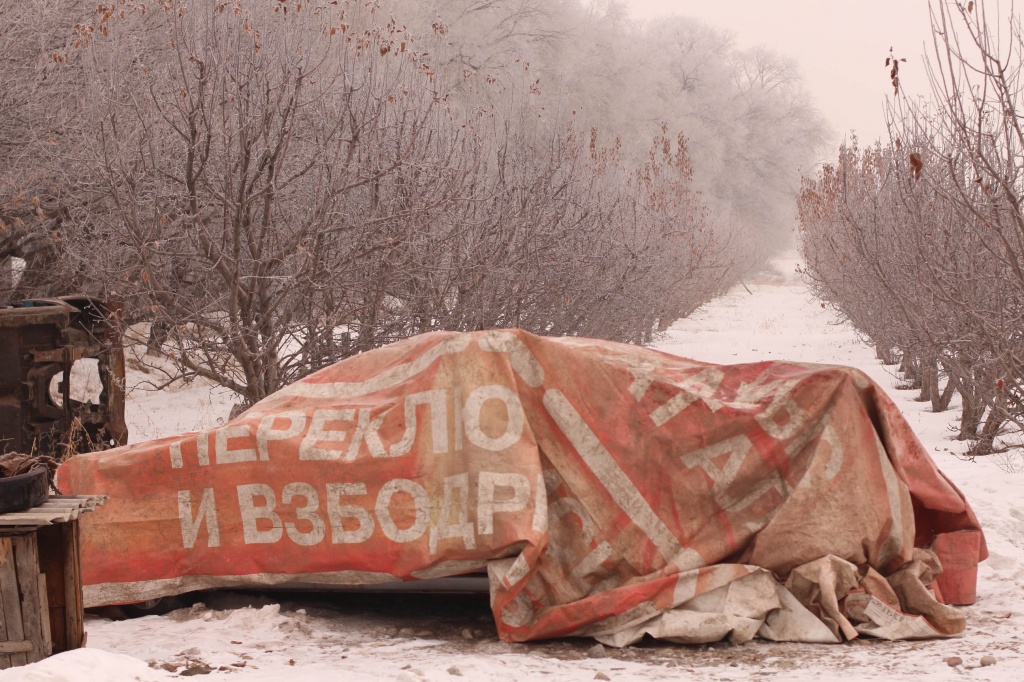 Farms along the GAC are dependent on water from the canal to farm in harsh conditions. (Photo credit: Irina Yugay)

“In 2020 we received only about 25% of the water that we requested from GAC,” says Vladimir Myshako, who farms on MasakAgroMai in the Shelek district. Some of our fields were badly damaged from the drought, he says, and many households in the district suffered.

At the time, most of the preparation for the coming irrigation season was already completed. Farmers had planted their seeds and had bought fertilizer and equipment to harvest after their crops had flowered. Yet, unexpectedly, the water supply dwindled. “Everything just dried out in the bud,” Vladimir says.

The impact was devastating. While some farmers still tried to save their crops, others simply had to abandon their lands, leaving fields of 200 or 300 hectares to wilt. “There was no water.” 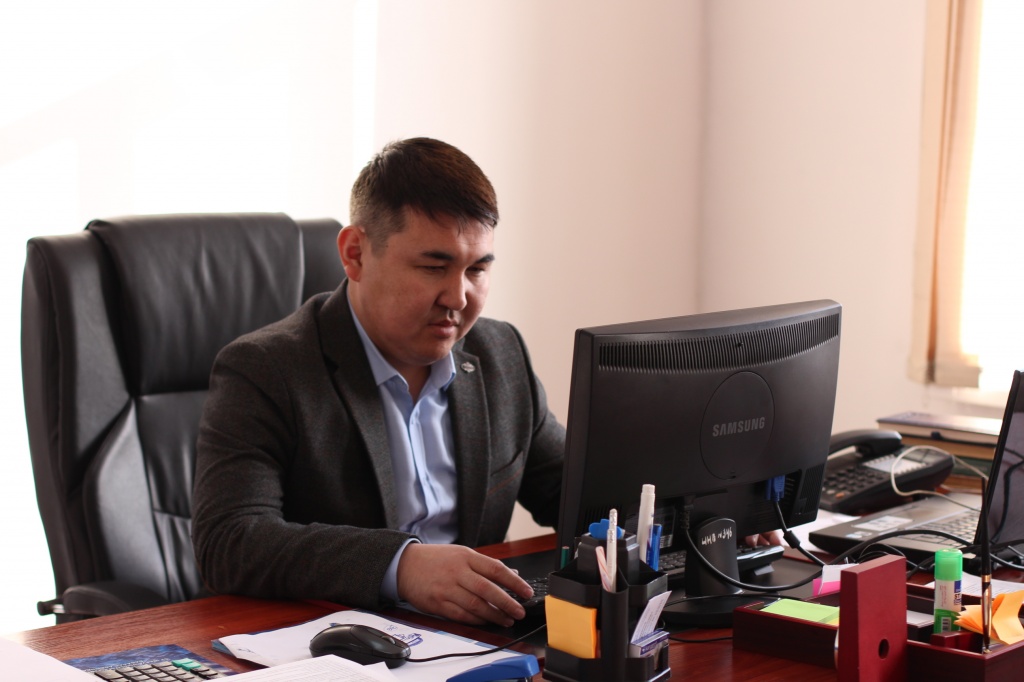 As a result, farmers were allocated much less water than usual in the peak irrigation season. The situation triggered discontent among the Shelek region’s farmers, something that was aggravated as they saw water in the canal pass them by to regions further downstream.

“We came together to protest the amount of water allocated to our district”, Vladimir says. “We saw that the water was delivered to other regions where the need for water was not as acute as ours. We felt absolutely powerless to save ourselves, and this forced us to demand fair and reasonable water distribution from the GAC management.”

In return, the GAC management tried to explain to the Shelek region farmers that there was not enough water for everyone, but the farmers did not trust them when they insisted that the water was fairly allocated. The conflict escalated, making newspaper headlines across the country.

It was clear that, in order to reach any kind of solution, a new more inclusive approach to water management was necessary.

The GAC management authority organized a meeting with the managers of the water distribution canals, to explain the situation behind the water shortage. This information was conveyed to the farmers. Then, after consulting with the farmers, the GAC introduced an alternating water supply schedule, delivering water once every five days during the irrigation season. 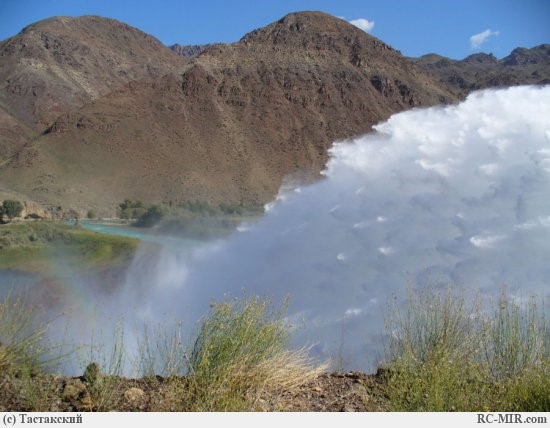 By closing the canal for five days at a time, and alternating water delivery between the Shelek region and the rest of the regions along the GAC, enough water to meet the minimum requirements of the dam could accumulate. Furthermore, the water in storage could be stretched to last throughout the irrigation season, saving the farmers’ remaining crops.

The drought emerged to be thought-provoking for all water users. In retrospect, it provided the impetus for closer cooperation between the farmers and the water managers. Eventually, this collaboration led to a joint revision of the water use scheme and subsequent improvements for everyone over the long-term.

Except for the decision to alternate water supply, the GAC also carried out an inventory of the canal system together with local authorities. This helped them determine the volume of water that was distributed and lost. Secondly, they decided to deliver water based on daily revisions of the water allocations, instead of the usual ten-day water use plan. This helped to ensure farmers adhered to the allocated irrigation schedule during the growing season. Last, the GAC developed a map of irrigated crops and water demand to help in decision making under future climate uncertainties.

Vladimir says farmers also learned from the situation. He has been applying water-saving technologies on his farm, and though he did have to buy extra pumps when his pivot sprinkling system clogged due to low water pressure during the drought, they were able to survive. “Roughly estimating, only a little more water could be enough for us,” he says. “My conclusion is that we have not been using water very efficiently in previous years. We spent water too excessively.”  Since the drought, more farmers agreed to adjust their cropping strategies and apply water-saving technologies.

“On the other hand, the water supplier has to communicate with us, listen to the farmers’ voices and carry out all planned work in time,” Vladimir says. “In turn, we are ready to use water wisely and pay for the GAC services.”

So far, there are no official forecasts from the Kazakhstan Hydrological and Meteorological organization on water availability come the time for the glacial lakes to melt in 2021. However, Meiram says preliminary data indicates that water scarcity will once again be a reality in 2021. This time, they are ready. “We have already started preparations in January, together with local authorities,” Meiram says. This year, even as the farmers are preparing for the growing and irrigation season, so are the people responsible for the water that they need to make a success of it.

About the author: Irina Yugay is a Masters student at
the German-Kazakh University, specializing in Integrated
Water Resources Management. Her professional interests
include environmental policy and sustainable water supply
and sanitation.